As you gain points and unlock rewards, you need to claim them from the "Rewards" tab to get them.
Players without the Gold Pass can earn resources and Magic Item rewards. Gold Pass holders will get the same rewards, but in addition to this gain access to unlocking Perks, upgrade levels to the Season Bank and Hero Skins. The Gold Pass also makes it possible to pay 100 Gems for unlocking each reward tier.
Gold Pass exclusive rewards

1 Gem Donations
Quick donate troops at the cost of 1 Gem per troop. 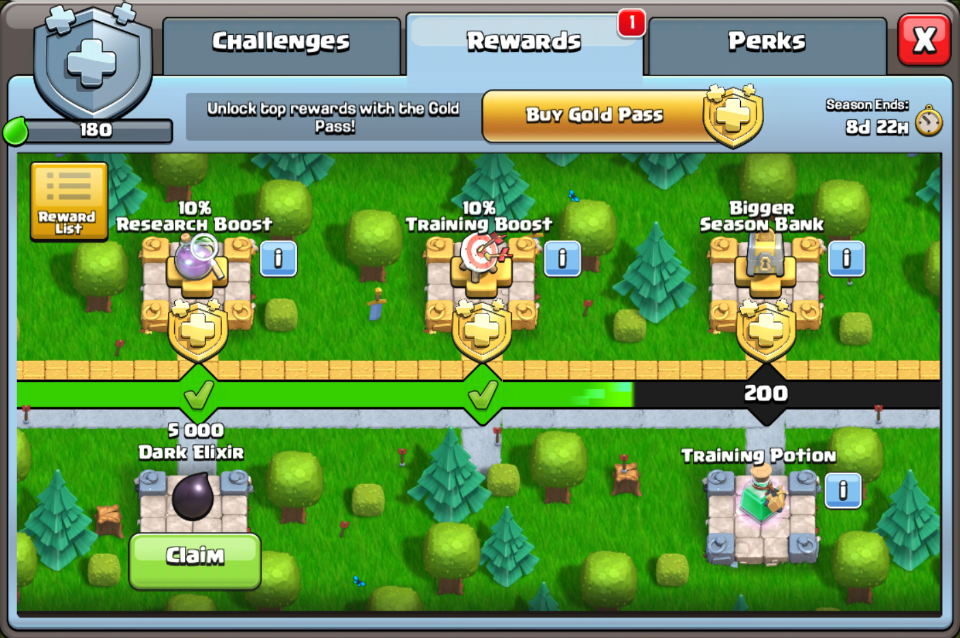 To see all available rewards, tap on Reward List. Rewards in a golden frame represent rewards only available to Gold Pass holders.
Rewards when the season ends

When the Season ends, the following Season starts instantly. This means that:
To check that you were awarded the unlocked Hero Skin, tap on your Hero altar and tap on the "Change skin" button.
Last Updated: 96d • Permalink
ICP 2020026027-1