Each War Star collected during a Season counts towards a Clan's War Star amount, which in turn factors into whether the Clan is promoted or demoted at the end of War Week. If a Clan wins a Battle Day, they are awarded 10 extra War Stars which helps them get promoted.

If Clans are tied on stars, the total destruction percentage serves as the tie-breaker.

You can see Season statistics by tapping the Season info button in the War Map. The Group tab shows the current standing of Clans in your Group: 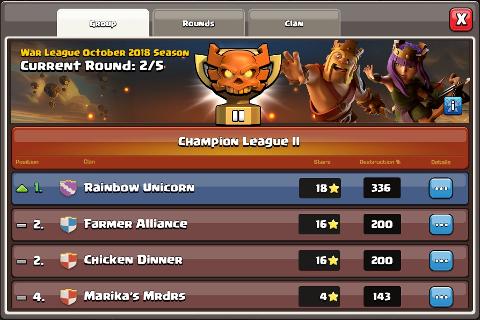 Tapping on a Clan's stars shows a breakdown of where their War Stars come from: 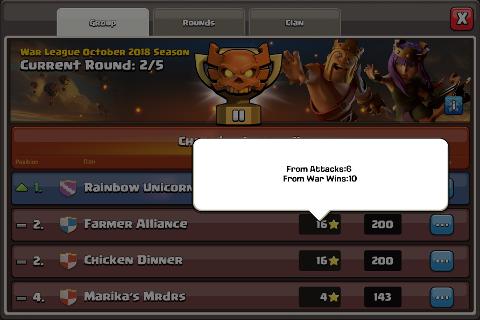 The Rounds tab is a quick way to check how what happened in the Wars between other Clans in your Group: 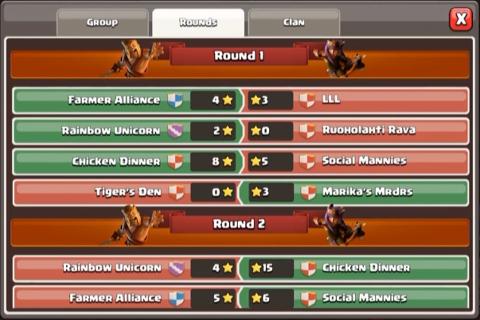 The Clan tab is a great way to keep tabs on how your Clan mates are performing. It is worth noting that the Clan tab only updates once Battle Day has ended: 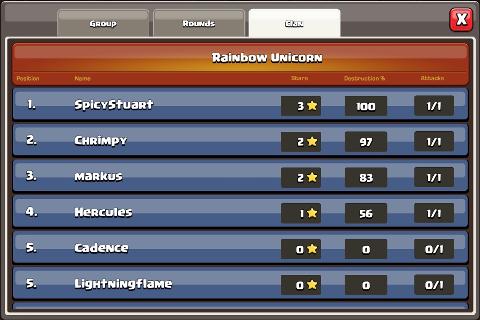